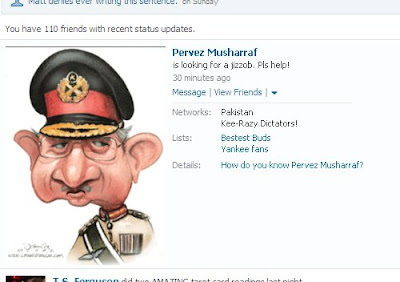 Speaking of Madonna and Mr. Rod, I couldn't help noticing that he was conspicuously absent from her 50th birthday party on Saturday. I know there was a Yankee game scheduled that day, and that the team is clinging to its delusions of making the playoffs by a gossamer thread, but couldn't you call out sick and take her to Chuck E. Cheese for a couple hours?

That's what a real friend would do. That's what Old Perv did for your birthday last month, even though his authoritarian grip on power was crumbling and he was being threatened with impeachment. That trip probably cost him his job. But he came anyway, and he did the whole Chuck E. Cheese bit even though he really didn't want to, and then he gave you all his Skee-Ball tickets so you could get that stupid fucking kazoo that I bet you threw out already. Remember? Don't you want Madonna to have memories like that too?

Some people can be so selfish.
Posted by Smokey Robinson (aka Matt) at 11:37 AM