The Power of Leprechauns

I am completely beside myself by the power of teh cute and teh adorbz. Which is why the video player is pink, because of teh power of teh cute and teh adorbz. I would have preferred little heartbursts, or choruses of angels, but YouTube - stingy bastard that he is - doesn't offer little heartbursts or choruses of angels as a choices of customization. So it's pink. Kiss my ass. (Also pink, relatively speaking.)
Where was I?
Right. The boy.
Can you believe this teeny tiny miracle child is only five years old? And he wrote that song? And played it? And (more or less) sang it? On a stage? In Seattle? On Earth? In front of "people" from Seattle, Earth? And did I mention he's only five?!!
He sings about murder so capably for a five-year-old, doesn't he? I remember when I was a five-year-old, all we did was watch Barney and eat Jujyfruit and crap our diapers and occasionally - occasionally - get in really vicious bar fights where brass knuckles may or may not have been involved, I'm not telling.
But actually killing a man...
And then writing a song about it...
This little five-year-old motherfucker is cold, yo. In addition to teh cute and teh adorbz. But I suspect teh cute and teh adorbz are probably just cuz of special effects and leprechauns.
Posted by Smokey Robinson (aka Matt) at 11:07 AM No comments:

Email ThisBlogThis!Share to TwitterShare to FacebookShare to Pinterest
Labels: leprechauns, precocious murderers, things I wrote about on July 29

To Whom It May Concern:

Dear Diana Ross (aka Sandy Arugula, for purposes of remaining anonymous on this here blog which you are the only person not reading),
I believe I have gone on record as to how I feel about them apples.
Your pal in Jolie,
Smokey
Posted by Smokey Robinson (aka Matt) at 11:50 PM 2 comments:

Email ThisBlogThis!Share to TwitterShare to FacebookShare to Pinterest
Labels: letters to people other than Jesus

Really, amazon.com? If that IS your real name?

So the fucking "Yo Quiero Taco Bell" dog dies, and all amazon.com can think about is buying a billion dollars worth of shoes? That's sick, amazon.com. Sick.

I wish it was the 1990s again. Nothing bad ever happened then, and everyone had morals. Like Newt Gangrich, whoever he was. Also, there was Pearl Jam. I mean, when they were good.

Will Wieners Ever Taste the Same?

It's a sad time to be in America, everybuzzy. Not because of the unexpected demise of 50-years young Michael Jetson, which was sad and all, but not nearly at this level. Do you, America, realize who ELSE just died last week? Do you? I'll give you a hint: he had a way with B-O-L-O-G-N-A.

Dear People Who Are Famous Enough to Have Wikipedia Pages,

STOP FLEEING US TO BE WITH TUPAC. We need you here, or else there's no need to have wikipedia in the first place.

Make with the not dying. Good. Now just keep that up.

I know I run the risk of blowing this Oscar Mayer thing way, way, wa-hay-haaaaay out of proportion. Thank Zod it's the first time in my life I have ever done that. But seriously, my facebag status = "mourning", everybuzzy! And your facebag status should = "mourning" too, for who among us can claim not to have been touched by this great man's meat? Why, for generations, Americans from sea to shining sea, young and old alike, have gladly and gratefully been raised with this man's wiener between their buns. The next time someone even mentions the word "United Nations," I just know it's gonna make me think of that wonderful man and the thin, fleshy tubes that were so amazing to have in my mouth. Especially covered in mustard.

But now he's dead, and I for one think this is one of those occasions where you probably want an open casket funeral, just so we're all very clear on what becomes of the body. 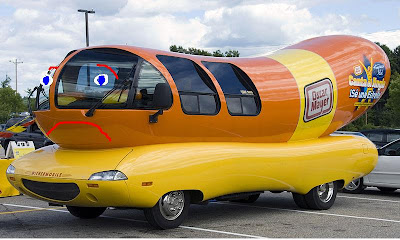 Posted by Smokey Robinson (aka Matt) at 1:20 PM No comments:

I'm not at work today, because I had to call out sick so I could fly to LA so I could briefly take off my Canning Operations Technician hat and put on my Aging Motown Star With a Mild Case of Typhoid Fever hat, which I had to do because they asked me - Smokey Robinson - to open the festivities at the memorial service for Michael Jackson, who is with Tupac now, by reading letters from Diana Ross (friend of the blog) and Nelson Mandela (NOT friend of the blog, or if you prefer, friend of the NOT blog). That's totally worth faking an illness for. I told Rex "the Supervisor" Hymen that I had an aortic dissection. What is that, by the way? Does it clear up in 24 hours?

For the record, Diana's letter was awesome. But that Mandela dude - it's like he's from a different continent or something. Or that he's incontinent maybe.

Of course, the most fitting and moving tributes came courtesy of Magic Johnson and Kobe Bryant, because who better to commemorate Michael's years in the NBA than two of his former Laker teammates? Personally, I'll never forget that time during the '87 Finals when he elbowed Robert Parrish right in the Adam's Apple and got ejected with the Lakers down by 2. Kuh-razy, right? And then he moonwalked off the court yelling "ho!" at the top of his lungs... so typical. I was sitting courtside with Jack Nicholson at the time, while a young prostitute named Hugh Grant was going down on me.

Anyway, so long, Michael. I'm glad America forgave you for being weird and perverted. There's probably a lesson in there for George W. Bush and Dick Cheney, but I don't have any idea what that lesson is.
Posted by Smokey Robinson (aka Matt) at 1:41 PM No comments:

Email ThisBlogThis!Share to TwitterShare to FacebookShare to Pinterest
Labels: daytime television, Dole Fruit, fallen heroes, lies I told to get out of work - shhhh, NBA memories

Hey, everybuzzy! It's happy times today! Fun and goodness and Skittles are in the air! And Cheerios, which are heart healthy, but also better for your teeth than Skittles!

Also safer, since there are no Cheerios-fueled riots. You have not known fear until you've been walking down the streets of midtown Manhattan munching on a falafel sandwich only to be set upon by crazed hordes of sugar-saturated business people trailing rivulets of rainbow-colored Skittle spit (or "Spittle") down their neckties and shirts. That's fear. And as I said, you have not yet been properly introduced to fear. Fear? This is my audience. Audience? This is fear. Come to New York and visit us today, because in addition to facing fear in person, Skittles are in the air, as I believe I mentioned a couple times already. PAY ATTENTION. Free Skittles for anybuzzy who wants them!

And WHY are Skittles in the air? Along with fun and goodness and happy times and smiley-faced balloons (not pictured)? I'll tell you why.

Okay, I lied. I'm about to tell you now.

Wait, seriously, are you ready? I mean, it's not like you need to strap yourself in or anything, which would be ridiculous, but are you prepared for this kind of good news - the kind that will make you click your heels and pop your gum and fart "The Star-Spangled Banner?" Because that's the level of goodness of the news about which I am rhapsodizing. Skittles are in the air. Fucking SKITTLES, everybuzzy.

And do you want to know why?

It's because canning is making a comeback. BOO-YA.

Obviously, some of the harder-bitten existentialists here at Dole (I'm talking to you, Rex "The Supervisor" Hymen) don't really care, and have been trying to burst the rest of our bubbles all the livelong day. "Canning never went anywhere," they said, "we've been doing it for years. Now quit farting 'The Star-Spangled Banner,' dammit, and get back to work!" But to the doubting Rex "The Supervisor" Hymens of the world, all I have to say is this:

Because yes, it's true, we haven't stopped canning for years now (not counting coffee breaks and national holidays). But only rarely - like maybe once every six months - has our work been favorably compared in the mainstream media to Baroque painting and Renaissance sculpture.

Check this out (emphasis added, but only slightly):

When tough times hit, it's said that people "go back to what they know." Across the country, some people are trying to find out what their grandparents knew. Old and young alike are trying to pick up a new skill and save a little money by learning the art of canning food.

I AM AN ARTIST! YES, I CAN! JENNIFER MORE FROM NPR SAID SO!

So stick that in Your Stigmata and smoke it, Jesus. You're dealing with Smokey Robinson the artist now! I'm so freaking stoked I could fart "The Star-Spangled Banner!"

But if you'll excuse me, first I have to do some work. Those bacon-wrapped cherries aren't going to make art out of themselves...
Posted by Smokey Robinson (aka Matt) at 2:44 PM 1 comment: