All right, check this dude out: 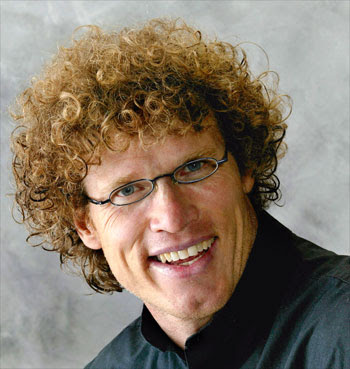 And tell me that hair doesn't make your chest go all thumpy-thumpy like in the cartoons.

Blam. You have been hypnotized.

This is Paul Anderson, and he is like Jesus on stilts. Which makes him better than Jesus, because Jesus didn't walk on stilts. That takes talent, the kind of talent you would definitely read about in the Bible, which covered every single detail of Jesus's life in the kind of detail that only Michael Phelps and Barack Obama can appreciate.

In fact, there should be a Bible of stilt-walking, and it should star Paul Anderson. (INTERNET: THIS IDEA CAN BE YOURS, FREE OF CHARGE. YOU'RE WELCOME.)

How to Add Multiple Levels to Your Stilts -- powered by ExpertVillage.com
I kind of wish I could go back in time and vote No on Proposition 8 in California so that I could gay marry this man's hair and stilts and his cool, cool glasses too. The rest of him I could kind of take or leave, especially after 22 episodes that all start with that "...and here we are!" line.

Move over, Son of Man. There's a new heartthrob in town. Barack Obama has brought the change we need, and his name is Paul Anderson.

You are officially Yesterday's News, Jesus. You are the Pull-My-Finger of Messiahs.

Posted by Smokey Robinson (aka Matt) at 3:25 PM

Email ThisBlogThis!Share to TwitterShare to FacebookShare to Pinterest
Labels: letters to Jesus, stilt-walkers and the stilts they walked in on